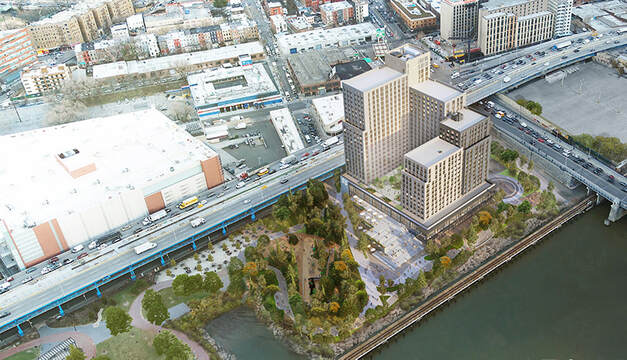 The phrase “The New Bronx” was coined by former Bronx Borough President Ruben Diaz Jr. during his 2014 state of the borough speech.
​On this tour we will review The New Bronx versus The Old Bronx. During Covid-19 all construction projects continued in New York. We will examine the pros and cons, the economic inequality and social impact, the affordability and opportunities for the local community. Many land-use rule changes approved since 2009 enabled development to expand in The Bronx, allowing developers to build bigger. These changes by developers and investors (as in Williamsburg and Dumbo) have been daunting for the local residents and businesses. Let’s explore some of the new buildings coming up in the South Bronx and the potential changes to the landscape.

​People with disabilities: ​This tour is not wheelchair accessible